More than a thousand marketers turned up at Montreal’s Palais de Congres last week to learn the latest thinking from a slate of all-stars and I was lucky enough to be among them.   The line up included:

Mitch Joel, known as one of North America’s leading digital visionaries  kicked off the event with an insightful one-hour talk on how the Internet is changing the way the consumers behave.  While he didn’t say anything incredibly groundbreaking, his talk set the scene for the day’s discussion.  His key point is that brands should understand that the Internet is a channel through which they can engage their customers in conversations.  There must be a shift away from a ‘broadcast mentality’ to one which sees brands helping their customers to connect with each other.  He says that brands need to stop marketing and start publishing (this is something I’m always telling clients!).  Here’s a video interview Mitch did with Sparksheet TV:


Next up was  best-selling author Seth Godin, a real highlight of the day.  Seth said that, despite the name of of the conference being ‘The Art of Marketing’ that  almost no one in marketing does art. In his view the art of marketing is connecting humans.  And the Internet is a ‘connecting machine’.

He spoke of Henry Ford’s revolution of mass production and how it transformed America and the whole western world.  He described how the Internet is changing in our society as the ‘revolution of our time’.   He said, ” It’s the only revolution we are going to get and its going to change the world into something unrecognisable. Let’s not waste it!”

Of course Seth said a whole lot more.  He spoke seemingly extemporaneously and covered most of the themes and ideas highlighted in his book Tribes.  CT Moore did a good job of summarising his talk here.

Web analytics guru Avinash Kaushik was by far the most colourful speaker of the day using vulgarity and humour to make some important points.  Given that his talk was on analytics, I’d expected this session to be  a much drier affair.  I certainly didn’t expect to hear about sucking, puking or orgasms.  Oh my!

He pointed out to delegates that he suspected that most of us had attended the conference so that ‘we could suck a little less’; but he hoped hoped we’d actually get back to our jobs and slash, burn and re-invent what we do.

And he suggested that we should all re evaluate what we measure and how we use analytics.  He reminded that ‘hits’ stands for ‘how idiots track stats’.  Instead, he suggests, we look at bounce rates and try to segment website content better to keep people clicking.

Next up was the author of Experience the Message: How Experiential Marketing is Changing the Brand World, Max Lederman who reminded us, beer in hand, about the growing importance of experiential marketing in the digital world. He looks for inspiration towards BRIC countries (Brazil, Russia, India and China) where broadband is not pervasive so marketers there are reliant on face to face interaction with customers.  He described how mobile services companies reach out to Indian consumers by driving into communities and presenting ‘Bollywood’ type performances to raise brand awareness.  He spoke of how the US army is using immersive battle simulations to help spur recruitment, how Charmin branded and offered free access to loos in Times Square and how soap brand Tide travelled into communities hit by Hurricane Katrina to offer laundry services to victims from a branded vehicle.  Here’s an interview he gave to SparksheetTV:


Andy Nulman, of the Just for Laughs comedy festival, spoke about ‘doing the impossible’.  He was certainly the hardest-working speaker of th 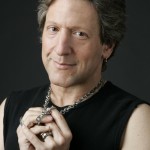 e day and sometimes struggled to keep the attention of the crowd.  Perhaps this was because his topic was not altogether focused on marketing, but instead captured wider issues of personal efficacy, motivation and business planning. Perhaps it was because the concepts of visualisation, positive thinking and goal setting have been around for at least 20 years and his back stories, examples and music samples were at least 15 years old.  But overall, his presentation was very entertaining and inspirational. Wes Walls has written a good summary here.

Sales guru Jeffrey Gitomer had the unfortunate last slot on a day which was already running late; I was unable to stay for his whole presentation. That said, there was still lots of information to be had from what I did see.  For example: audience members should raise their daughters to be smart, pretty, cool and to have big balls.  Also, there are some free online tools that can be employed for personal branding purposes.  These include Facebook, LinkedIn and Twitter.  Also Jeffrey has a very wide array of books, CDs and other training materials available for sale.  We heard about these several times and that sales of these items will help Jeffrey’s grandchildren go to college.  Here’s an interview he gave to SparksheetTV: